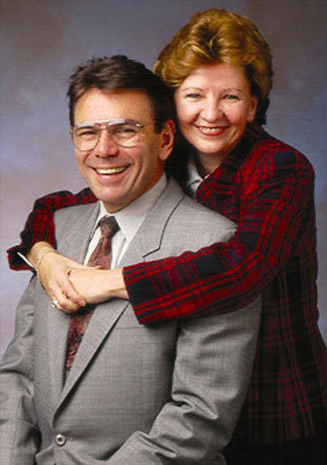 In 1974, my wife brought to my attention a romantic bedroom set she had seen in the new Woodfield Shopping Mall. We both fell in love with the set and had one installed in our home. On three separate occasions, my wife’s friends made identical statements of “I wish I had something like this hidden from the kids and the in-laws”. It was so obvious that married couples had no such place to escape to. That very moment, Sybaris was born and within twenty-four hours we were already buying a piece of property to begin the Sybaris adventure.

Named for an ancient Greek city in Southern Italy dating back to 500 BC, the ancient Sybaris was noted for its wealth and luxury. Inhabitants of Sybaris were known to be devoted to luxury and sensuous pleasure; for example, the phrase “a bed of roses” derives from the Sybaritic custom of filling the bed and pillows with rose petals before couples shared moments of intimacy.

The concept became a reality in December 1974 with the opening of the first Sybaris in Downers Grove, IL. “A magical place where couples could shed the stress of daily life and reacquaint themselves with love. An oasis of privacy- – no windows, no phones. A special place dedicated to the enhancement of romantic marriage.”

The response to Sybaris was overwhelming. So many couples wanted-needed-the Sybaris experience. In 1981 5.5 acres of land was acquired in Northbrook, IL and the second Sybaris was born. The Northbrook Sybaris contains 38 private cottages and is the largest location in the chain.

Beginning with simple whirlpool suites, the Sybaris concept slowly grew to include swimming pool suites containing waterfalls, steam rooms and fireplaces. Finally, in 1987, with the addition of the chalet, a three-story suite complete with swimming pool, waterfall, steam room, gas fireplace and a bedroom overlooking the pool, the Sybaris family of suites became complete.

Expansion Continues
In 1992, Sybaris opened in Mequon, WI, a quiet suburb just north of Milwaukee. This location evolved out of a 150 year- old farmhouse and 35-year-old motel. The original motel rooms were converted into Country Whirlpool Suites. Although not true “Sybaris Suites”, they are reminiscent of a country inn with antique reproduction furniture. Three quad-room buildings and two Chalets were added to the property – creating a total of 30 Sybaris Suites. Sybaris added one additional quad unit in March 1997.

In April 1998, Sybaris expanded to a new market in Indianapolis, Indiana. The office is a one-of-a-kind building designed by, a well known regional architect. Around it, there are 22 individual cottages.

A Sad Day for the Sybaris Family
January 30th, 2006 was a very sad day for Sybaris. We lost our fearless leader, Ken Knudson, in a tragic airplane crash near Chicago Executive Airport, in Wheeling, Illinois.

Ken is truly missed every day at Sybaris.

Rande Repke, President, as well as Charlene Farrell, Chief Executive Officer, and the entire Sybaris team is committed to keeping his dream alive – to deliver the perfect romantic experience to each and every guest.

What Our Guests are Saying

"We love Sybaris! It's so great to get away from the world for a night. The suite is always clean and the chocolate covered strawberries are to die for!"

"Our stay was amazing!! I walked into the room and on the bed there were rose petals spelled out saying "will you marry me"... best night of my life!! I will never forget that night!! Thanks for making it beautiful."

"Great Experience. We were going to Champagne Lodge in the past for our getaways. But once we found Sybaris and had a wonderful experience, it is now our go to spot."

"My wife and I had an amazing time. It's definitely the perfect place for a quick getaway and well needed recharge."

"I loved my stay. My husband surprised me with this little getaway and it was exactly what we needed. We've never felt so comfortable and relaxed in a long, long time and Sybaris did the perfect job of making that happen."

"My husband and I were pleasantly surprised at how nice the suite was. I was worried that it wasn't going to live up to 'the hype' but it definitely did! We will be returning, no doubt about that!"

"My wife and I were extremely impressed with the quality and the cleanliness of the suite. All of the features of the room made for an exciting, relaxing evening that was much needed."

"This was the perfect place to celebrate my one year wedding anniversary. Next time I will have to book two nights instead of one. My husband and I didn't want to leave. We will definitely be back."

"Sybaris is the perfect place to spend one-on-one time with your spouse. It provides an intimate, uninterrupted venue to getaway from the hustle and bustle and simply enjoy one another."

"The time we spent together at the Sybaris was priceless. Definitely worth every penny. With all of the luxurious amenities at our disposal we felt like a King and Queen for a night."

"We gave a Sybaris Gift Certificate to a friend for his 30th birthday. It was the hit of the party. And after their getaway they called us to rave about how much they enjoyed the gift."

"Our suite was impeccable. The cleanliness is like no other. Better than any 5-star Resort."

"Whenever we have a chance to getaway, Sybaris is the only choice for us. You can tell they go to great lengths to provide the ultimate romantic atmosphere. No other hotel offers your very own private swimming pool in your suite."